In buzz and excitement, the inaugural F1 Miami Grand Prix was called, by some, the Super Bowl of Formula 1 racing. And in terms of the undertaking, it’s been described in the press as three Super Bowls in one weekend.

Infinite Scale was hired by the owner of the purpose-built Miami International Autodrome to deliver, end-to-end, a diverse scope of fan experience, sporting, and operational signage and graphics in just two months. Whether essential to the on-track racing itself or pushing the boundary of what it looks and feels like to attend an F1 race weekend, both the challenges and satisfaction in helping our client wave their year one checkered flag were tremendous. 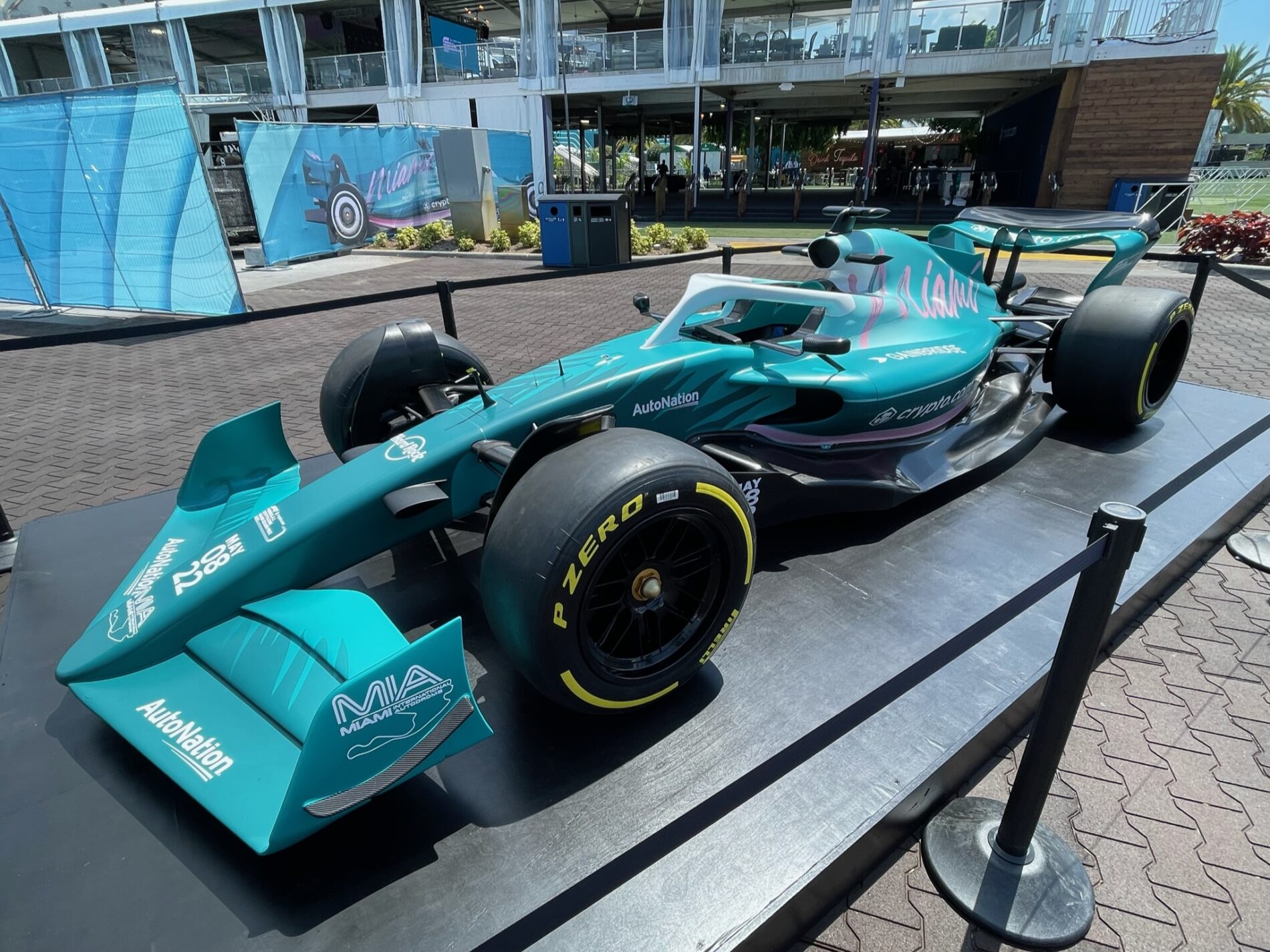 44 Days In the Field

11 grandstands were designed to be completely wrapped in graphics matching the color of their race campus zone. Ranging from 100’ to over 800’ long, the monolithic presence and identification the grandstands offered the landscape was unlike any other race.

In the approach to the site and throughout its interior, Infinite Scale worked with South Florida Motorsports’ planning consultants to deliver both temporary and legacy wayfinding and signage elements that aid the fan journey and enhance the experience.

Entry messages were designed to directly integrate onto tent facades and gables.

Over 8.5 miles of fence scrim, including a number of custom messages for specific areas, was programmed and developed to enhance the security and operational necessities of the site.

The jewel of the circuit, Hard Rock Stadium, provided both functional space and unique opportunities for fans to take in the race and additional entertainment. Infinite Scale worked with the client and planners to add brand overlay kits, partner recognition, and informational signage throughout the stadium, including the F1 Media Centre and capsule concert.

F1 and FIA staff and officials are accustomed to a specific sign type and language providing navigation to and of the site. Infinite Scale worked with F1 and Miami GP transportation consultants, FDOT, fabricators and installers to fully execute this specific sign program.

From Speed and DRS regulation to fire and safety signs at Marshal posts, serial-numbered decals for official vehicles and race equipment, and all manner of signage toward race operations – we worked closely with circuit officials to deliver thousands of elements in this category.

An important category and function within wayfinding and signage, Infinite Scale delivered the elements of the Accreditation Centre for Media and working staff.

Essential to any grand scale event, we serviced both onsite, offsite and remote parking and transportation signage that aided safe and clear direction for fans, working staff, and even the drivers.